Could an intelligent helmet be a substtute for self-driving cars?

Spain is one of the countries with the highest use of wearables in the world. This consumption is not purely limited to health and physical activity devices, as it was initally. Today, they are also used to remotely control mobile phones, to not feel alone, or to enjoy summer outdoors.

In 2018, Spain became the second largest global market for wearable technology. It was only behind the USA, according to data gathered by the research company IPSOS.

“In the last quarter of 2018, almost a million wearables were sold in Spain” according to Ignacio Cobisa, a senior research analyst at IDC Spain.

Spanish start-ups specialising in portable devices are looking to the future, the star strategy: take advantages of gaps in the market to launch “Spanish Brand” products and conquer new markets. An example of this is the platform that enables you to create a cardiogram through your wearable, a discovery by Doctor Miguel Ángel Cobos; or the device called COPCA, designed by a team of researchers from Murcia, which allows you to detect the symptoms of a heart attack. But its not only technological companies that are looking to be at the top of the great world powers in the wearables sector, medical centres such as V-LAP, are also taking advantage of the latest technological advances. Today, we bring you another great example of technological innovation in wearable devices from the “Spain brand”: the helmet that reads the brain and improves driving.

A helmet that knows our thoughts while driving

A neurotechnological (neuroprosthetic) device that works with sensors which can detect changes in electrical currents in the form of brainwaves.

The device monitors the driver’s brain activity so that the intelligent vehicle knows the actions they are going to take, such as braking or turning the wheel, which they carry out ahead of the driver. 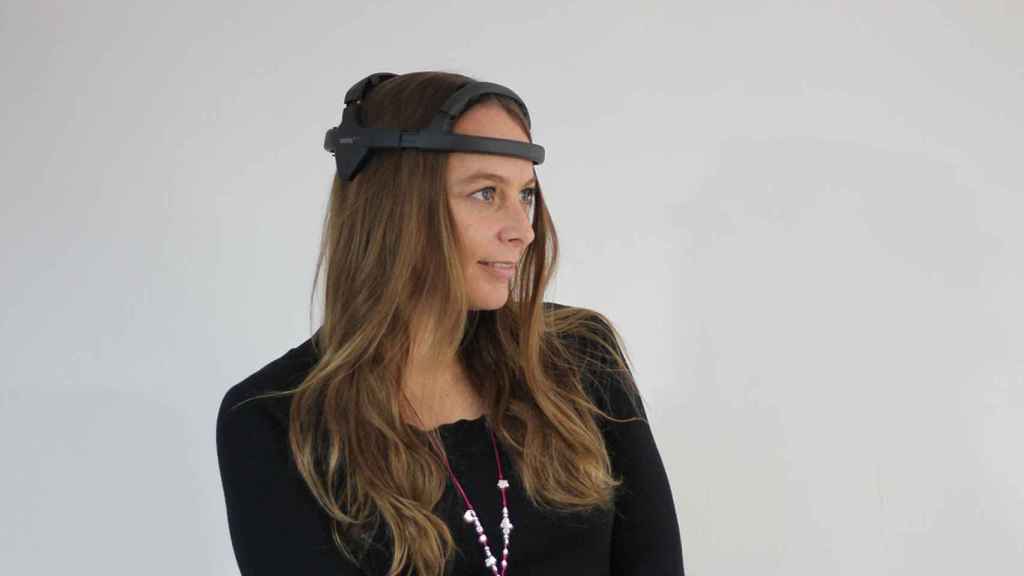 How does it work?

This wearable detects the driver’s intention to brake and to reduce the braking distance by ten to twelve metres when driving at up to 100 and 120Km/hr. In fact, the command it sends to the brain is between 0.2 and 0.5 seconds faster than the action of braking with the foot. “Those milliseconds may mean the difference between life and death”, states María López, mathematician and engineer who developed the device. With this, it is hoped to reduce the number of accidents and save lives.

“The development of ‘wearables’ is a strategic proposal by the company: our mission is to bring neuroscience and neurotechnology closer to society, and the only way to do this is for the technology to adapt to the user, not vice versa”,

María López, co-founder and CEO of BitBrain, the start-up responsible for the development of the intelligent device.

The helmet with electrodes which Nissan has supported at the CES (Consumer Electronics Show) will be part of the Nissan brand cars:

“Even in a world where we have artificial intelligence that can drive for us, the idea was to take advantage of this technology to perpetuate the pleasure of driving instead of replacing the driver”, comments Lucian Gheorghe, one of the project leaders.

Among other things that the firm is also considering is that if the car is in self-drive mode, the technology could be used for “detecting and evaluating the driver’s discomfort”.

The question is if it really is a useful system for preventing accidents, if Nissan manages to get there before self-drive cars, or if it will become an alternative to these.

Whether the company’s ambitious project becomes reality or not, the machine-brain interface may have many other applications in the future. Although, we will have to wait and see if science fiction becomes reality and we end up sitting at the wheel with a helmet on our head.